The is only little news in the Western worlds’ media about a plan of the China government to stop production processes in the greater Shanghai region in the short- and/or middle-term views already.

And, guess what, You can easily imagine some of the basic thoughts, why such a scenario may become a real one in the coming years 2018 – 2025. Yes, it is the obvious tribute to the influence of pollution in mega million cities in the greater Shanghai area.

Exactly, some of your ideas have already come true: rapid changes can be seen in selected cities of the Jiangsu province. These are located close to the metropolis of Shanghai city, beside the Zhejiang province.

Bolero and Impressions from “Spring in France | Strasbourg and Paris”

Believe it or not – sending a letter by express mail for example from a metropolitan city in Southern Asia (for example in Hong Kong, Guangzhou or Shanghai) lead to new sales arguments in order to make ways of transportation longer although it could be shorter.
The real problem behind is that the guarantees have become a burden for most of the carriers, kerosene prices increased, labour cost also and thus the margins are lower. Nowadays you might hear arguments that aircrafts have to fly via Southern Asia to Northern Asia and from there with a stopover in South Korea to get the tanks full.
Then further statements that the transportation within Europe by freight carriers might take up to two days from locations that are close together (less than 400 km). This takes in reality less than half an hour by air mail which the clients are paying for. They do not use the BER, the unfinished airport or logistics centres that are disturbed by passenger traffic.
The biggest point however is then the fact, that mailing services have to transport urgent letters by extra cars that will need for transports less than 15 km needs round about 12 minutes.
As a result, you might re-think why letters who might need maximum 18 hours transportation are delivered in 72 hours only. Is this a strategy to satisfy clients or get them to pay higher prices?
Testing, how long letters might take then we use today QR Codes linking to this website. Feel free to tell us the time and place where you have seen these letters.

Thank you so much for your comments here: go to menu point Yo|Us .

We have seen this year many fireworks beginning in New Zealand, Sydney, Hong Kong or Berlin.

It seem to be the ‘business as usual’as every year! However, the world has changed.

Imagine if a father with his son could no longer stand what they see and hear in the media about the consequences for the victim and what it must have suffered until it’s death.

The brutal massacre of an unknown proud woman, planning to marry the next month in a country of dream colours, it is India.

What about the mother and the sister or the pregnant women of a girl, thinking of the future and how to educate their children towards a better world together in partnership with boys?

Endless shame has overcome one of the most colourful states in the Asian continent. The brutal massacre happened at a place where the former leader of a great nation, Mahatma Gandhi, was assassinated on January 30, 1948, almost 3 years after WW2.

What would we have said to such events happening in our countries? Could we imagine more than 80 reports from raped victims in just 24 hours, which is estimated round about 30.000 per year ONLY in New Delhi protests?

Possible solutions how to handle the situation in very critical situations when a drastard has chosen a victim: let us focus on that drastard in front of you – they fear opponents.

I’m sure, we’ll be able in one year to celebrate a better ‘Happy New Year’ tradition in 2014!

After counting down the Euro currency, next the US Dollar $ might fear busy stock markets days: black Friday versus Happy New Year? The threat of higher taxes for Americans might lead to the necessary cut of deficit spending: this is good news for investment in new projects, especially for decision makers from key economic areas in the Pearl River delta or the Bohai Bay Economic RIM. As a result, citizens from the metropolitan zones like, Beijing, Chengdu, Guangzhou, Hangzhou, Hong Kong, Kunming, Shenzhen, Shanghai, Tianjin or Xi’an draw conclusions now.

We are all with you… the families hit by the ‘Sha Rén Kuáng’-shooting* in a school in Newtown / USA. Let us pray for a better future now.

*The transcription of the 3 Chinese characters ‘Sha Rén Kuáng’ expresses firstly “the verb to kill, secondly a human being and finally the adjective ruinously’. We can summarize it as ‘indiscriminate killing’.

Although the situation looks for the moment so dark now, candles from a holy cathedral in Marseille shall lead you ways for a better future.

Finally we can learn an important lesson: better share the wealth of peace in love with your neighbours, stop fighting: prevent us from crime/weapons. 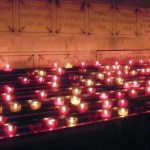 Sheyla told me recently, arriving from Paris, these words: Go and visit Paris to see the police working on rollerblades and bikes.” Believe us,
it's fantastic. Enjoy! 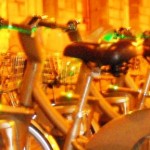 We wish You Merry Christmas and a Happy New Year. 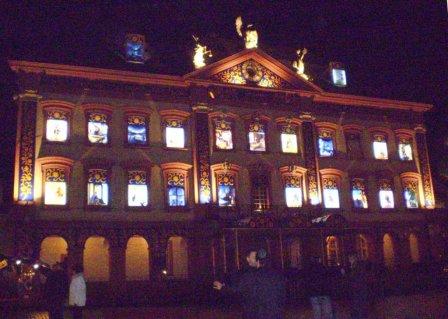