How about an “Exit of the BREXIT” or, “No Exit from the EU”?

With the actual announcement in the Metropolis of London to revise the poll on the BREXIT from the EU, people may be irritated about the next steps in the endless discussion on the ending membership of Great Britain in the European Union. You can hear the experts already say: “how can the highest courts or UK’s politicians vote against people’s votes, saying no to the leadership of the European Union in Europe WITHOUT GREAT BRITAIN.

It will lead to a much faster vote by the European Commission to stop further discussions by no change to the existing contracts and rules of almost 1K signed documents within 30 months. It’ll mean then: all those agreements will be regarded as no longer valid.

With today’s announcement in the Metropolis of London the wish to revise the BREXIT poll, people may be irritated about the next steps in an endless discussion on the normally already ended membership of Great Britain in the European Union within two years.

Why without GREAT BRITAIN?

The political ruse to win more time and stay longer in the EU seem to be legal but also it is quite obvious what the tricks behind may include: Win more time and collecting points in tactical gains in negotiations with members of the WTO or ASEAN states (Asia Pacific). Better don’t contact Taiwan first, and inviting engineers and IT experts from UK to contact you in the UK, sounds wise… .

Finally, it is so sad to see that the time to ask for a new entry of UK might be postponed by the EU a decade to the year 2030; maybe this is the time UK needs for new designed politics. Welcome again!

Congratulations to the Nobel Price winner:

So, imagine 90 days travelling in Asia and all the work behind in finding the right thing you might be looking for since long for a reasonalbe price. Enjoy this diffeviews from a location close to Shanghai:

Announcing the film start in cinemas all over mainland China:

Enjoy. More information is published in the German review on the harmonica lover U. B.. RIP.

The world is changing faster again. And so, regarding and reading the news about the latest developments in Greece, people in Cyprus fear that
– foreign capital from Greece plus also
– the human resource from there
will flow into the beautiful island of Europe, but located in Asia:
from here arrive the news: Cyprus and its divided capital Nicosia City (CY).

Why doing banking business in Cyprus?

Although Cyprus being legally separated from the former colonial power Greece, it might be necessary to separate the local people from other peoples for example in the banking sector: it seems more than most likely, that bank tourists, who might be queuing up in front of Cypriot banks, tend to look forward for a quick deal in spring 2015 starting from now on.

Thus, it might be useful and logical to intensify the daily routines of the customs and other civil services by requesting additionally checks of personal ID cards and/or passports from potential clients in small Cypriot banks: their security matters as well and the data should be protected.

Why entry controls in Northern Cyprus?

Besides, this is new: It is the updated practice now that 100 percent controls at the internal border in Nicosia City have been installed and tightened for all of the visitors. So if you plan to go and visit or come back from the occupied part of the Cypriot island (Northern Cyprus), the situation has changed to the former non clarified status quo due to the ongoing toxic situation since 15.07.1974: an unbelievable occupation of a foreign country.

Why working in Southern Cyprus?

This is special: it might be interesting to learn more about those internal data from Greece and Cyprus such as the actual height of the different minimum wage levels in both countries regarded on a monthly base: what a triggering effect: the level of income on the islands differs a lot: looking across the slightly raising growth trend in Southern Cyprus, you may find the opposite on the continental landscape with its wonderful Hellenistic islands.

Standing out by more than 60 (in words sixty) percent compared to the shrinking standards in the downsizing economy of the ancient historic leaders, some pride ancient Greeks seem to run out of liquid resources. This means good business for real estate agencies and financial institutions on the local mortgage markets.

What will be the expected next steps?

Global discussions also influenced the author of a German book with the translated title “poverty is theft”. The talks consider the severe situation of Greece that has been always riding on the very thin path to survive.

If you would like to listen to the German conversation, You may go straight forward to the arguments starting from minute 41:50 with the result that the debts of Greece might be written off and that Greece will restart with its status of more or less ZERO. This topic will be one of the key questions in Europe throughout the banking sector worldwide starting from now: ” Would a debt relief be one of the best options for Greece? ”

Please advice. Thank you for your attention and your esteemed time in advance.
And a personal statement at the end: we would be all sad to see you leave the EU and join the Eurasian link: so let us cross the fingers and let us dance together this famous Syrtaki dance on the marketplaces all over Europe again. 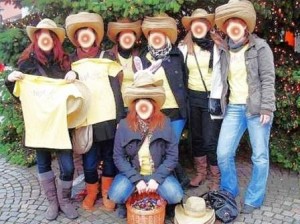 Do you agree that event managers might have predicted it already much earlier?

We can see it in the Americas with those outstanding events and from reports of news tickers:

– Never play games on a Friday, the 13th: so, a historical record 50+; hit by hits, one nation may defeat another, incredible stories of ridicule, made easy and possible by clashing those former monopoly number one players: heavy lessons to learn by choosing unhealthy wild cards telling the actors of the game finally: ‘go back to zero’.

– Controversial talks since the very first moment during a world competition in sports: “do you share opinions like: #global #organisation: #work like the sad results of a massive lack of educational trainings in a poor managements’ world?

– A new measuring technology to be introduced after decades of open or hidden talks, unhappy requests, due to a historical event in the golden 50s: Thus, you may ask ‘Is this innovative?’.

– White foam of colours on the green ground: why vanish smoothly, for whom? Show and exhibit only

– Why counting out time for… outdated resume? Why not counting for your successful blog?

When hundreds of million migrant workers travel home after working in the metropolitan cities, this seems to be a surprise for people in Western countries; especially for states whose population does not even reach 20 percent of the estimated figure for sure. Update ASAP.

News from Shanghai / News from Meetropool.de | in Shanghai | Report

The world is happy about the good news which are worth to mention: China has now a seat in the international Human Rights General Assembly.

This is part of the reform package. It will lead on its road-map to more growth and a better transparency here in Shanghai due to the news channel of CCTV in Beijing / China.

Here are the details to the full report, based on an unhealthy situation in Shanghai, leading to an interesting global discussion on product quality and the Human Rights in SH Pudong in the People’s Republic of China (starting in 23.07.12 until 2013/2014?).

View story 36853 on meetropool.de or search there for the keyword “Shanghai”. Thank you.

This is Shanghai… or “sleepless in Shanghai”

In short, before the national holidays will move millions of visitors towards the Metropolis Shanghai saying…

This is our modern way of life of… Really? Check back in the golden October…

Why MeetroPool | communiation | made easy?

Located at the capital of the Strasbourg-Ortenau Eurodistrict in Offenburg City 4 workshop found out that using some social network still seem to be too complicated to use it in daily life.

Thus we thought about showing here how it can work for you.

After having created for example a twitter account like CGHIKS (stands for ‘Create Great High Income by Knowhow Security’) and regarding maximum 140 characters as a limitation that is allowed to describe yourself or your services, you may search then two of the following keywords from companies offering their specialties like:

The result might be then finding a company in New York offering jobs abroad, or a network in Berlin for academics.

If you follow these you will be regularly informed about their tweets.

If you do the same at your twitter account, you will find – with that search structure – easily excellent results online…

Published worldwide in global media, one of four airports in the Metropolitan Upper Rhine Region is insolvent (or just bankrupt).

Check back and feel better updated about new growth scenarios in this area with a feedback on your business plans. Do check plan and act now, the times were never better…

Visit the video when the last German Pope landed in the above mentioned area to meet a former president and thousands of fans of the German Pope in Freiburg im Breisgau.

Buy an airport? Who can afford this? Maybe owners of oil fields in Africa ? Why not, better than closing down a potential logistics centre in the very near future.