The autumn has reached and faster than estimated Christmas times may be celebrated differently. Why? 15 years ago on 26.12.2001, a tsunami hit South East Asia and just ten years after another earthquake hit Japan.

The changes seen there are impressive: why not dancing in Japan or….

Why not walk a marathon in the coming years?

Discover and enjoy it: move your body.

What you may learn from breaking new s-keyword searching like…

Ongoing projects like the actual tit-for-tat strategies in Europe for the whole European continent make people re-think possible win-win-situations after the #sanctions.

When a former G8 partner is looking now for retaliation to those drastic sanctions, the peoples of the G7 nations and especially from Asia Pacific know that the cancellation of the overflight-rights by the former G8 country will increase f.e. the prices of air tickets for business trips between Southeast Asian countries like (Brunei, Burma, Cambodia, China, East Timor, Indochina, Laos, Malaysia, Myanmar, New Guinea, Singapore, Thailand, The Philippines, and Vietnam)

So, which are those better opportunities for us?

About the happiness in Asia, Africa and other continents or countries

A short review on the film “Hector and the search for happiness” based on the million-seller belletrist:

Reading the book of Hectors trip in search of happiness, I got a parallel invitation to watch the film in a German release of the million-selling book. And this is my short comment: Read the interesting book first: then, watch those reduced formats of stories of a world trip to hidden countries like China/Asia, Africa, and more!

It works – words made easy 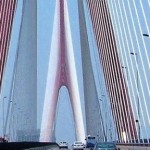 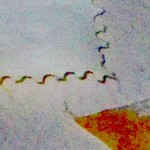 Or another example: Express your opinion by…

Answering to P. Brucker’s article on Linkedin.com ”
What is the most important Twitter KPI?”

You can read the following comment of mine which is well appreciated. Thank you.

“What’s the most important Twitter KPI?” – This great article underlines the importance to reach all the clients via social networks.

Unfortunately the usage of Twitter in Europe seems to be more important to multinational corporations from the United States of America than to local enterprises: [I am thinking about those Small and Medium sized enterprises (SME)].

Finally regarding Asia Pacific it should be mentioned that social networks like FB and Twitter are still blocked in mainland China [and maybe also worth to mention actually in Russia and /or Turkey eventually, too.] Therefore, future customers cannot be reached in their on-going projects in rapidly growing markets.

There [Asia Pac.] and in Europe, some media are unhappy about the changing trends:

– drastically reducing the consumption of paper the growth rates are negative
– although the communication with active clients should be increased daily
– in order to follow various new trends, like those Asian megatrends.

All about the impact of meeting Meetropoolodo (MODO) 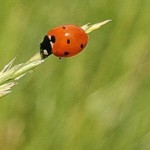 Photo “The Metropolitan Upper Rhine Region Crawler” by MeetropoolODO; as a courtesy of David Ouraga.

As a courtesy from the author and private photographer Argyro Toumazou, arriving here from from the Meetropool-California shows the view on the Golden Gate Bridge in San Francisco. 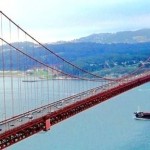 If you like to see more header photos, please press the F5 key of your keyboard. Enjoy.

My active contribution to Asia Pacific was due to the fact that parents of my young students couldn’t afford higher tuition fees. During the second period a plan to help and overcome tsunami crisis was not possible. in 2005, direct help by VIPs sent by private aid convoy, did not enter the devastated countries: therefore I decided to teach about this topic – all about tsunamis – fresh release of psychological material, in English classes in Hong Kong’s in New Territories.

Today, ten years after, the aid convoy is top actual due to the civil wars in the Asia Pacific and the Near East Areas.

The espionage on industrial secrets: good chances for revolutionary start-ups? Yes, absolutely! The questions about on-going processes of spying out secrets of developing or developed countries’ leaders reported in the global news these days are part of the top high-lights here in an Asian Metropolis end of the golden October season.

Online media report about nowadays’ unhealthy trends in the Americas: unhappy stories about the almost lost fight on drugs, the violation on human rights against different thoughts of groups or individuals by their partners or bugged VIPs, whistle-blowers inclusive..

Therefore, it is most likely that more top stories will be published even more in Asia and no longer in the Western world from now on. Thus, the coming months will reveal also fresh stories about the negotiations on reasonable compensations for the abused human rights which have not been leading to the success that third parties are still looking forward to since more than one year. We will keep you updated.

As a result it will be the first time, that the Asian media seem to be more liberal and updated than the so called free press in the Western world. So, after the tragic reports on the development of endangered species like the Panda (animal) in China and/or the Vaquita (fish) population in Mexico the species of human beings will show unique insights on whistle-blowers, risking their life for the protection of the lately almost forgotten groups or rare populations that are hoping to see a better world in justice:

– people using their mobile devices and suffering from the consequences from

This will be the content of the in former times called yellow press: thus, no longer the princes or princesses’ lifestyle but just ordinary peoples’ life will be interesting for the curious world looking into the fresh insight in rapidly growing global online media.

The hidden reports from yet unknown Woodstock events will dominate press blogs and the courts worldwide, due to the fact that espionage on data from leading countries’ decision makers might influence a re-positioning process on the important question in life.

Who might dominate finally the 21st century: Asia versus or the Americas?

This question is a milestone in new global business plan recognition of interesting start-ups of the future: however, the security in a new defined world of communication will continue to be always the real threat in daily life in the IT world.

Believe it or not – sending a letter by express mail for example from a metropolitan city in Southern Asia (for example in Hong Kong, Guangzhou or Shanghai) lead to new sales arguments in order to make ways of transportation longer although it could be shorter.
The real problem behind is that the guarantees have become a burden for most of the carriers, kerosene prices increased, labour cost also and thus the margins are lower. Nowadays you might hear arguments that aircrafts have to fly via Southern Asia to Northern Asia and from there with a stopover in South Korea to get the tanks full.
Then further statements that the transportation within Europe by freight carriers might take up to two days from locations that are close together (less than 400 km). This takes in reality less than half an hour by air mail which the clients are paying for. They do not use the BER, the unfinished airport or logistics centres that are disturbed by passenger traffic.
The biggest point however is then the fact, that mailing services have to transport urgent letters by extra cars that will need for transports less than 15 km needs round about 12 minutes.
As a result, you might re-think why letters who might need maximum 18 hours transportation are delivered in 72 hours only. Is this a strategy to satisfy clients or get them to pay higher prices?
Testing, how long letters might take then we use today QR Codes linking to this website. Feel free to tell us the time and place where you have seen these letters.

Thank you so much for your comments here: go to menu point Yo|Us .

Meetropool | in the Trinational Metropolitan Upper Rhine Region | dated | Summer 2011 | during the Women Football Soccer Game |… As a result, the idea of Meetropool was born…  Further plans to visit for example the meetropool Wuppertal and its rumbling steel dragons were created here, too. 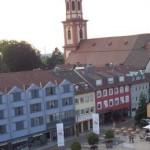