Being asked what will be the result of this novelty, You might answer eventually:

“Regarding innovation and the telecommunications policy in the information age here and there,  people do think about how to live better in a society of the 21st century, for sure.”

A cool gift for the parents living in Beijing City / China.

Bolero and Impressions from “Spring in France | Strasbourg and Paris”

So, imagine 90 days travelling in Asia and all the work behind in finding the right thing you might be looking for since long for a reasonalbe price. Enjoy this diffeviews from a location close to Shanghai:

Announcing the film start in cinemas all over mainland China:

Enjoy. More information is published in the German review on the harmonica lover U. B.. RIP.

Central Europe covered by water and Germany, especially well known in the USA as a little country with a lot of sun offers surprising news

Looking at this video on fox you might say that the solar business in Germany is a great one. It was! And the prejudice that Germany has a cleaner environment, we better do not show the tons of demolished houses and the smell of oil everywhere there.

Surprise: so, when the sun is missing and the climate changes are already arrived here, it seems that Europe could offer even more than rain and water flooding, maybe fresh water for dry states without water.

One thing is certain: the on-going rain fall will end in the highest floods since 400 to 500 years ever.

No idea who will pay the bill after all the flooding in Europe Meetropool | Hohberg | Winter 3.5

Calling | one one two | could | rescue life | in | Offenburg | in the | Metropolitan | Upper Rhine | Region | If you want to know more about yourself, you can make it in just one minute: call 112 in urgent cases and rescue life. Photos, graphic design, text layout, and idea plus keywords by Ulrich H. Kiefer, Germany | Europe © Copyright 2011 Ulrich Kiefer, video productions. All Rights Reserved. Video Link: call

Elly said: ‘it seems that nobody does advertisement for the football championship in Germany but me…’ 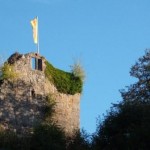 Welcome to Ulrich Kiefer Blog | Cvide.com in Hohberg b. Offenburg-Ortenau | in the Metropolitan Upper Rhine Region | The Strasbourg-Ortenau Eurodistrict, near Gengenbach, Kehl-Baden-Baden France and Rust or Freiburg im Breisgau BF.

Last year we said: ‘lots of things can create chances for the real big changes. We have been working really hard to improve many things every day. And since then and all of them added together, we are giving our clients better experiences in the web.

Subsequent to my initial experiences in print media, I have extensive experience of the telecommunications, trade, supermarket and automotive accessory suppliers’ industries. Combined with a first-hand knowledge of the Middle Kingdom, fluency in Mandarin and an ability to “think outside the box”, I offer high level, industrial business management assistance to organisations in China.

All about us at Cvide dot com

In the modern era of the Internet sound-bite, few can be bothered to wade through scores of painstakingly detailed texts, charts and graphs, or, when surfing the Internet, have the patience to wait more than a second or two until the next web-page loads. With time at a premium and boredom thresholds at an all-time low, it seems that the old traditional websites have become both outmoded and ineffective. “Most people,” Amit Mendelsohn, an Internet expert and Web marketing consultant, emphasizes, “log on to business websites for about two minutes, rarely going beyond the site’s first page.”

As for the traditional CV? All-inclusive, they are undoubtedly useful in the long-term; but, initially, job recruiters, forced to shift through masses of CVs and profiles, need something that will tell them all they need to know in one brief “byte”; just as prospective job candidates need and want to grab and hold these recruiters’ attention. The problem is that as they stand, text CVs, dull, monotonous and lacklustre are simply not up to the job.

Seeking to resolve this ineffective, highly uneconomical state of affairs, CVide.com developed the CVideo: eye-catching videos of less than two minutes that deftly combine images, text and music in one concise, informative and entertaining package. Specially crafted for the Internet age, CVideos are completely different from anything that has been done or seen before. “Your average CV or promotional website,” Mr Mendelsohn, CVide.com’s owner and co-founder, points out, “often drown the subject matter in a welter of words and images, thus taking an age to read and/or surf. The CVideo, an animated video short was designed specifically to resolve this problem by focusing the viewer’s attention on the core message.” Capturing prospective recruiters’ interest right at the start of the vetting process, the CVideos, short and sweet, seduce them into discovering more about the CV’s subject. After a lengthy testing period, in which both those profiled in the CVideos as well as those receiving them expressed their delight at the results, the CVideo was officially launched.

The CVideo caught on quickly. Inspired, by its success, CVide.com now decided to tackle the problem afflicting the majority of business websites today. “The aim of most websites,” Mr Mendelsohn explains, “is to deliver a message, something they cannot do if nobody has the patience to surf the site from beginning to end. Even sites with embedded videos are generally ineffective because these 15 to 60 minute videos are far too long, and not many people today have the patience to sit through such lengthy promotions.” CVide.com met this challenge using the same conceptual principle underlying the CVideos. Mr Mendsohn again: “Instead of trying to change people’s Internet habits, why not adapt your format to suit them”. The result: the Video-Site.

Combining a crisp and concise text with striking animated images and carefully chosen music, the Video-Site is a gripping, vivid presentation: a meticulously tailored, succinct video-message in line with both the thrust of the subject matter and the average surfer’s attention span.

It is proof, as Dr I.A. Rose CVide.com’s copy editor asserts, that “less is more. Indeed, our clients have been amazed at how much can be said, and said well, in so few words,” especially if accompanied by a series of well-placed images! A philosophy, Mr Ulrich Kiefer, an international business and financial adviser, and one of CVide.com’s first customers, was quick to endorse.

Bowled over by the concept of the Video-Site, Mr Kiefer became the company’s sales representative in Germany and the Far East. Nor was he the only one to jump on the CVide.com bandwagon, as many of its customers, convinced of the CVideos and Video-Sites’ market potential, rushed to become company sales affiliates.

But, CVide.com’s technically proficient and skilfully produced video-bites, are only one part of the equation. The other is the ease with which its products are distributed across the Web. “To make an impact, the videos need to be delivered quickly and effectively,” which is why distribution,” Mr Mendelsohn says, “is an integral part of our service”.

Certainly, thanks to CVide.com’s specialized distribution system, its CVideos and Video-Sites consistently head the results list of all search engines, not just once but several times over.

CVide.com boasts an impressive portfolio of products, including: CVideos, Video-Ads, Video-Sites, a specialized Commercial Package and sundry video services, all available on their website at http://www.cvide.com.