The is only little news in the Western worlds’ media about a plan of the China government to stop production processes in the greater Shanghai region in the short- and/or middle-term views already.

And, guess what, You can easily imagine some of the basic thoughts, why such a scenario may become a real one in the coming years 2018 – 2025. Yes, it is the obvious tribute to the influence of pollution in mega million cities in the greater Shanghai area.

Exactly, some of your ideas have already come true: rapid changes can be seen in selected cities of the Jiangsu province. These are located close to the metropolis of Shanghai city, beside the Zhejiang province.

The autumn has reached and faster than estimated Christmas times may be celebrated differently. Why? 15 years ago on 26.12.2001, a tsunami hit South East Asia and just ten years after another earthquake hit Japan.

The changes seen there are impressive: why not dancing in Japan or….

Why not walk a marathon in the coming years?

Discover and enjoy it: move your body.

UK Today: To See You Off Or Maybe Back?

Does UK follow Switzerland, and start to be a third world country?

People may understand that UK always regret to have less influence on the decisions in the EU, although it became the top 5 economy in the world with its not only financial tools. These were offered for example in its prosperous city of London.

In addition, all those flying doctors or nurses from the continent and/or parts of it such as the substantial inflow from Eastern Europe, feeding the dramatic needs of the national health services of the metropolis, all-in-one have helped them improve the living conditions until now. However, all of these benefits are now at risk.

Besides, those states like Scotland, Wales and (Northern) Ireland, who are not willing to loose their membership as a sovereign state in branches with high export rates within the EU, they all fear already the drastic consequences of such a historical decision made by the British on June 23, 2016, today! The risk of no more receiving subsidies from Brussels and no longer being able to export without paying taxes within the EU, this seems to be seen as one reason to opt out from the United Kingdom alternatively.

Therefore, remaining a small island with the since long well known problem of its heavily aging society, the cost for hiring people from Eastern Europe (f.e. from Poland with language skills gathered for years in Great Britain).

The right to join the poll of this referendum is a choice of UK’s citizens, and represents an important fact in order to achieve a richer, safer, and freer financial world in the coming years.

It’s face will show up realistic faces within the next 72 hours – offering special scenarios of one of the worst historic black Fridays ever seen since the WW2.

And people think, or they remain in a sad mood when they see that this poll, which is pointing at important questions like immigration, might abuse people’s role model in their daily life.

It puts their personal choice at higher risks due to the included recession. As a result, the assets or the money lost in a short-term view on the bubbling housing markets, will lead to increasing tax and/or interest rates on the green island.

Foreign Direct Investments (FDI), which arrived in former times in the City of London, here especially from states like Cyprus and its Russian based re-directed income from oil businesses), Ireland, Malta and/or Switzerland, all-in-one might flow out to competitive platforms in Frankfurt or Paris. But it seems unreasonable, doesn’t it. How can more than hundred a few thousand jobs in the banking sector be replaced shortly? FAQ: What will the Chinese capital do?

Therefore, you might ask better honest politicians the following question: “Who will be the winner of such games?”

The author of this article about UK, can’t stand it but it may be a new reality!

There will be none, or almost nobody. Most people will regret soon.

So, sad to see you off and leave the EU?

No, not at all. Feel happy and enjoy the mice dancing on the tables, or explore where most of the citizens voted for LEAVE THE EU against the will of a majority of the younger generations.

The Youth, might invent a new song like “When I am sixty four” written 1967 on the Isle of Wight: In or out of this green island?

The world is changing faster again. And so, regarding and reading the news about the latest developments in Greece, people in Cyprus fear that
– foreign capital from Greece plus also
– the human resource from there
will flow into the beautiful island of Europe, but located in Asia:
from here arrive the news: Cyprus and its divided capital Nicosia City (CY).

Why doing banking business in Cyprus?

Although Cyprus being legally separated from the former colonial power Greece, it might be necessary to separate the local people from other peoples for example in the banking sector: it seems more than most likely, that bank tourists, who might be queuing up in front of Cypriot banks, tend to look forward for a quick deal in spring 2015 starting from now on.

Thus, it might be useful and logical to intensify the daily routines of the customs and other civil services by requesting additionally checks of personal ID cards and/or passports from potential clients in small Cypriot banks: their security matters as well and the data should be protected.

Why entry controls in Northern Cyprus?

Besides, this is new: It is the updated practice now that 100 percent controls at the internal border in Nicosia City have been installed and tightened for all of the visitors. So if you plan to go and visit or come back from the occupied part of the Cypriot island (Northern Cyprus), the situation has changed to the former non clarified status quo due to the ongoing toxic situation since 15.07.1974: an unbelievable occupation of a foreign country.

Why working in Southern Cyprus?

This is special: it might be interesting to learn more about those internal data from Greece and Cyprus such as the actual height of the different minimum wage levels in both countries regarded on a monthly base: what a triggering effect: the level of income on the islands differs a lot: looking across the slightly raising growth trend in Southern Cyprus, you may find the opposite on the continental landscape with its wonderful Hellenistic islands.

Standing out by more than 60 (in words sixty) percent compared to the shrinking standards in the downsizing economy of the ancient historic leaders, some pride ancient Greeks seem to run out of liquid resources. This means good business for real estate agencies and financial institutions on the local mortgage markets.

What will be the expected next steps?

Global discussions also influenced the author of a German book with the translated title “poverty is theft”. The talks consider the severe situation of Greece that has been always riding on the very thin path to survive.

If you would like to listen to the German conversation, You may go straight forward to the arguments starting from minute 41:50 with the result that the debts of Greece might be written off and that Greece will restart with its status of more or less ZERO. This topic will be one of the key questions in Europe throughout the banking sector worldwide starting from now: ” Would a debt relief be one of the best options for Greece? ”

Please advice. Thank you for your attention and your esteemed time in advance.
And a personal statement at the end: we would be all sad to see you leave the EU and join the Eurasian link: so let us cross the fingers and let us dance together this famous Syrtaki dance on the marketplaces all over Europe again.

I am so thankful that I could get fresh ideas and also a glimpse of the innovation in that region which seems to be so ambitious and crazy for innovation – for a better world we will live in.

By the way, France knows the usage of natural products pretty well.

This fact was hidden until the news was published: verveine in leading hotels and restaurants…

revolutionary harmonica for the world

We would like to thank you again for your time(s) being with us!

You can listen to the musik on the way to heaven.

All That Cats On My -Drums 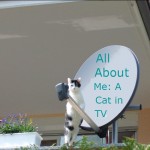 in the country of the cat

If you are wondering about me…